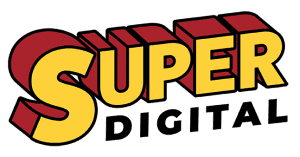 The pub/restaurant that holds the hearts of many throughout Britain. The meeting place of all pre-drinks, end-of-year celebrations, random pub lunches, and random beer lunches. There are 900 Wetherspoons’ across the United Kingdom, everyone knows of at least a handful in their local area. We know that they are here to stay. But what about their social media accounts? You may have already heard the news, but for those of you who haven’t yet – JD Wetherspoon is closing down all its social media accounts (Facebook, Instagram, Twitter) for all 900 pubs and HQ with immediate effect after trolling of MPs.

“We are going against conventional wisdom that these platforms are a vital component of a successful business” says the Wetherspoon chairman, Tim Martin. He has also stated that, “It’s becoming increasingly obvious that people spend too much time on Twitter, Instagram and Facebook, and struggle to control the compulsion”. Instead of using their social media platforms as forms of marketing and customer service, they will be continuing to use their website, app and in their printed magazine (Wetherspoon News) … as stated… ironically, in a TWEET.

What do we think of this? Well, ‘Spoons has more than 44,000 Twitter followers – however their last tweet on their main page only received a meagre 9 retweets and 26 likes. Considering they are a huge company and well-known throughout Britain, we can only think that they could be doing better. Maybe if they were, they wouldn’t be deleting their profiles. They also have more than 100,000 followers on Facebook and their most popular posts have received more than 500,000 views. So why not use this already-maintained online audience to your best advantage? Whilst JD Wetherspoon is convinced that they will maintain and gain an increase in their engagement through more traditional ways of marketing through their magazine and the press, they must remember that as of 2015, 63% of Facebook and Twitter users say each platform serves as a source for news, outside the realm of friends and family, and as of 2016 76% of people use their Facebook feed to find interesting content.

More than half of marketers who have been using social media for at least two years report it helped them improve sales, and 90% of all marketers indicated that their social media efforts have generated more exposure for their business (2015). These numbers are only likely rise as time goes on. Are Wetherspoon missing the point?JD Wetherspoon are apparently building a new customer base, with younger people choosing to eat and drink there regularly, they are outweighing the “original” punters who are slightly older. These younger people are much more likely to want to be able to check Twitter to see any updates regarding their beloved ‘Spoons, rather then reading through a magazine during time they could be socialising.If that’s STILL not enough to convince them, here’s a list of pro’s to keeping social media as part of their business marketing plan (written by digital marketing superheroes obviously)+ Your new clientele is younger, and much more likely to use social media

+ Why get rid of over half a million views on your posts????

+ Hundreds of pubs throughout the United Kingdom are making great use of their social media for online marketing – think of the competition you’re giving a leg up against you!

+ Social media platforms, such as Facebook are one of the main sources that lead to people visiting business’ websites rather than organic search; you can still build your website audience but faster and more efficiently!So please, JD Wetherspoon – please take it from the digital marketing superheroes that social media marketing is and will be a large aspect of a business’ marketing plan for a very long time. Don’t throw away your online audience just yet… just contact us and we’ll sort this all out for you!